Stars of the past 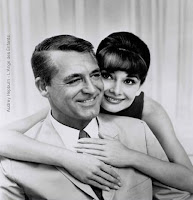 Yesterday Elizabeth Taylor passed away, media is full of cheap gossip, from her scandals to her marriages and so on.

She was a star from the galaxy, of a special Hollywood era. An era when the Hollywood stars had character, class, discipline, glamour and grace. Sure they had their share of scandals and imperfections, but no one is perfect.


At this time, Hollywood is full of multi million dollar churning mega stars, who are rich in material wealth, but poor in character and class, they go in and out of jails and rehabs like you and I go to the corner grocery store.


Times have changed, we are left now with likes of Lindsay Lohan and Charlie Sheen.
RIP Elizabeth Taylor.


Important clarification, as pointed out by fellow blogger The Devoted Classicist, Ms. Dorris Day Lives in Carmel, California, where she jointly owns Cypress Inn and dedicates time to her Doris Day Animal Foundation.
Posted by Paisley Curtain at 8:15 AM